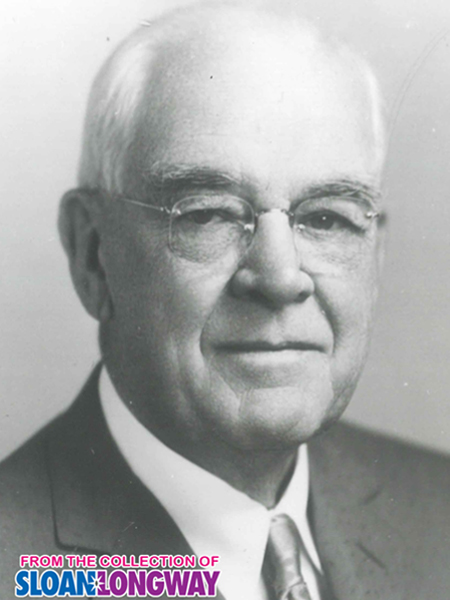 Robert T. Longway was born in Camden, New York in 1887, the son of a cabinet maker.  While Mr. Longway was a still a child, his father passed away. He took up working in the Walcott Mills and completed his high school education through night school.

Longway met his wife Irene in Flint and they married in 1912.  Starting his career as an accountant for Weston-Mott Company, he rose to become Vice-President of Buick, retiring in 1932.  He then moved into banking and worked at the National Bank of Flint until it was acquired by Michigan National Bank in 1942.

Serving on many boards, Longway was former president of the Board of Regents of General Motors Institute (now Kettering University), chairman of Women’s Hospital Association (now McLaren Hospital), and negotiated the merger of two workers’ groups to become the Industrial Mutual Association (IMA).

The City of Flint honored Longway by naming a boulevard and park after him.  He donated $100,000, and his wife and children donated another $100,000 for the Flint College and Cultural Development in 1956.  When their combined $200,000 gift was announced, Mr. Longway said, “We are beneficiaries rather than benefactors in this situation. Flint and its industry have been very good to us.”

Mr. Longway officially opened the planetarium in 1958, and served as chairman and president of the Cultural Center during its formative years.  The naming of Longway Planetarium, the boulevard, and park gave permanent recognition to an outstanding example of individual commitment to community betterment.

Your ticket for the: Robert T. Longway