EXPLORE YOUR PAST, DISCOVER YOUR FUTURE BECOME A MEMBER 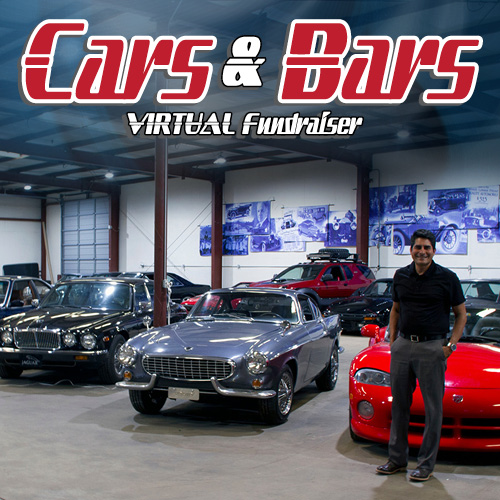 All proceeds benefit Sloan Museum and Flint Institute of Music’s programs, engaging future generations in STEM, history, and the arts.

Join us virtually for an exclusive look into Dr. Bobby Mukkamala’s private collection of classic and historic cars! Dr. Bobby will host a one-of-a-kind virtual tour of his amazing, extensive collection. This event will give you an inside look at cars like the famous DeLorean, the Ferrari Testarossa from Miami Vice, and dozens of rare sports cars.

Thank you to our sponsors 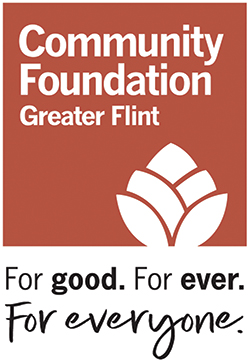 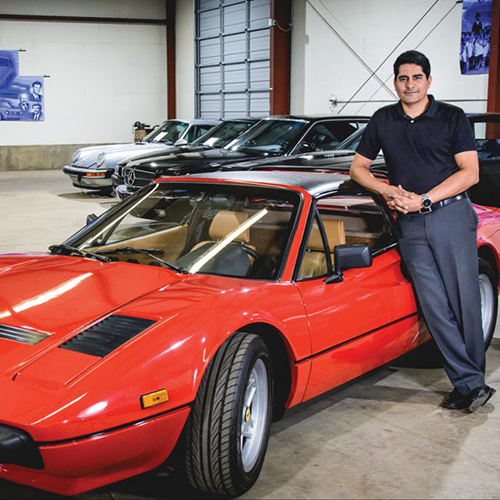 We will not be able to provide an Oliver T's basket for sponsorships received after October 26. 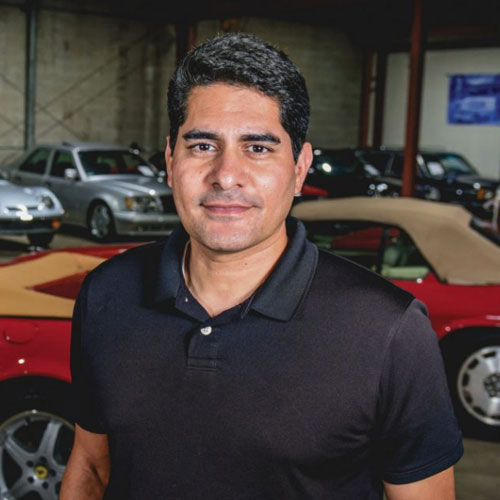 “I get the most happiness when I talk cars with people.”
—Dr. Bobby Mukkamala

People serving in the medical profession can be considered the élan vital to our everyday well-being and quality of life. While great personal satisfaction exists in this vocation, it also lends to stressful settings. So how do physicians cope with this stress and create a balance in their personal life? For Flint-bred Dr. Bobby Mukkamala, his passion for automobiles strikes the balance.

“I’ve always liked cars,” he says. “When you grow up in Flint, it almost becomes part of your DNA!” In addition to his medical commitments, Dr. Bobby – as he is affectionately referred to – is and has been a staunch supporter of Flint’s revitalization efforts through his personal involvement in various community organizations and as a stakeholder in multiple entrepreneurial ventures. During his quiet moments, he spends time in a warehouse just outside of downtown Flint where he parks his diverse collection of autos.

Dr. Bobby recalls when he came back to Flint from his medical training, he would buy a car that personally appealed to him, then drive it for a while. Some other car would catch his eye, and thus he would sell the current car and purchase the new. He admits, however, going through regrets soon after the previous car drove away.

“After experiencing that a few times, I said, ‘I’m not going to sell anymore,’” he recollects. “I decided to start a collection and soon one became two, two became three, three became 55!” While the typical car collection concentrates on a certain brand, era or style, Dr. Bobby simply collects the cars that have always charmed him.

He also enjoys driving cars. “I never push the cars to their edge of performance ability,” he explains. “It’s not performance nor a certain driving experience that appeals to me, I’m more of a cruiser. To me, it’s more of the aesthetics and the potential for the car to increase in value – it’s like an appreciation for fine art.”

Although he acknowledges it is difficult to narrow down his preferences, onthetown asked Dr. Bobby to feature a few personal favorites.

“I often get asked what car I would keep if I could only keep one; this car is the one! Every line on this car simply looks great – like a sculpture. I grew up seeing it in classic movies and although I did not live through its time, it sure seemed like a fun time to be a part of.”

“This is General Motors’ first front-wheel drive V8 engine car. To me, cars are not just a piece of metal; every car has a story. I read an article that stated the 10 most striking car designs of all time. Among the Ferraris, Porsches and other ‘exotic’ brands, here was this 1966 Olds Toronado! This car is as I found it in northern Michigan. It has two huge doors but has more back seat room than today’s four-door models. And it has distinctive features such as a separate door handle to open the door from the back seat and a unique speedometer with a scrolling motion.”

“I purchased the car from Don Williamson [former Flint mayor] when he owned a gas station on Miller Road. Since the car was for sale in the station’s parking lot, I stopped in and made an offer to Mr. Williamson. He initially refused but reconsidered as I was about to get in my car. Even though this is the last year of this iconic body style, at its initial unveiling, Enzo Ferrari [founder of Ferrari] made a comment that it was the most beautiful car he had ever seen.”

This is popularly known as the Magnum PI car, and Dr. Bobby recited all the characters from this long-running series. “We loved watching ‘Magnum PI’ as I was growing up. I even built one of those glue-together plastic models of this car! Inside, it has a unique-to-Ferrari gated shifter; you have to be precise on shifting through the gears, but it makes a beautiful sound as you do go through the gears.”

“I remember seeing these all the time. The aesthetics are classic because it brings back memories of wood sides, chrome all over, a custom luggage rack, full of power accessories, multi-adjustable seats and a concert-sound radio. I also like to revisit all the cars’ sales brochures; this car’s pamphlet was graced with people in tuxedos, evening gowns and high heels. It is considered to have started the luxury SUV market – sort of like a Cadillac Escalade of its day.”

Your ticket for the: Cars & Bars Virtual Fundraiser